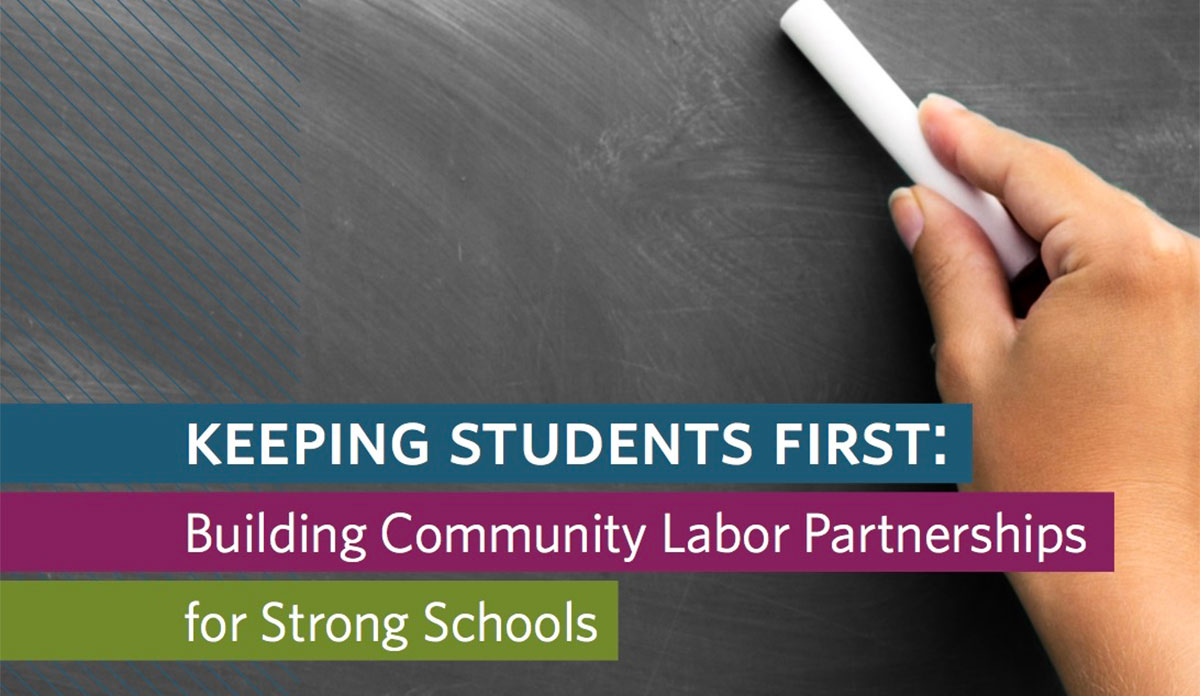 This report is designed to support community and labor groups that are ready and willing to engage in meaningful relationship building and collaboration. The case examples of union/community collaboration in St. Paul and Austin highlight two state capitals with distinctly different labor climates and educational challenges. Nonetheless, both unions succeeded by bringing the community into strategy development and partnership in a meaningful way.

This report also contains two sample exercises designed to support labor and community groups beginning to work together to explore how to better support students. “Building Our Schoolhouse” encourages parents, teachers, students, and other allies to find common ground for a vision for the schools students deserve, and identify plans for working together to create these environments for students. “Network Mapping” will help teachers, parents, and others consider the influences that affect students both in their academic success and in their overall well-being, with the goal of identifying both allies in supporting students and challenges that need to be addressed.

One of the most inspiring sights of the historic West Virginia teacher strike was seeing educators taking the time to assemble bags of food to deliver to students while schools were closed. In a state in which one in four children is in poverty, the food drive helped struggling families while the strike was ongoing — but it was also an indicator of the kind of labor-community cooperation and solidarity that can achieve important victories, even in the face of daunting political odds. 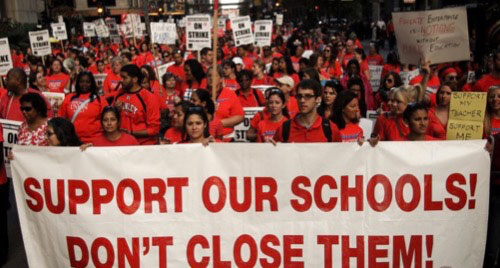 It the beginning of the 2012 school year, the nation was watching as the Chicago Teachers Union went on strike for the first time in 25 years, after months of attempted contract negotiations with the city. The city’s public school system, the nation’s third largest, had become an experiment in the corporate privatization of public schools… 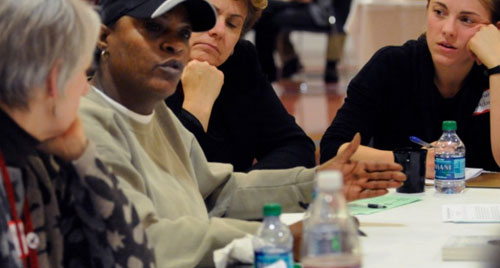 St. Paul, Minnesota has a history of active labor organizing and collective bargaining. The St. Paul Federation of Teachers (SPFT)— an affiliate of Education Minnesota, the American Federation of Teachers and the National Education Association—is a powerful union that regularly negotiates its contract with the school district, and had, in earlier years, focused those negotiations primarily on the traditional purview of pay, benefits, and working conditions for their members. However, over the past decade, and under the leadership of multiple union presidents, the St. Paul Federation of Teachers expanded its community engagement far beyond financial support of local charitable efforts and events, or paying local groups to participate in union-driven campaigns that needed additional people on the ground, canvassing or voter engagement… 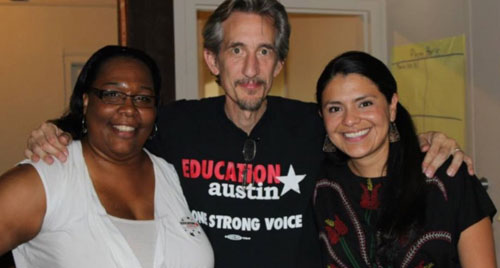 Public education is under attack throughout the United States, but the situation is particularly dire in Texas. The overall state education budget is in perpetual crisis as a result of the legislature’s focus on cutting taxes and reducing public spending. The state has an unusual means of allocating tax funding for schools. After a prior system of basing school financing on property taxes was ruled unconstitutional because it fell so dramatically short at providing low-income students with effective public education, the state created a new mechanism of distributing taxes from property-rich districts to less wealthy areas throughout the state…

When addressing problems in schools, teachers and parents often share a common interest: the academic success and general well-being of the students. This tool allows participants to explore their vision for how their schools can be their best, and surfaces the commonalities shared between parents, teachers, students, and other community activists and leaders.

This tool is based on a method developed to conduct ethnographic research in the field. It allows researchers to understand the networks surrounding an individual and the influence that network has. Here, we’ve positioned a student at the center in order to help participants identify their own role in a student’s life, as well as the other players who impact the student.

A curated list of links to organizations and resources related to community-labor partnerships.

The Urgency of Now: Promoting Equity in Infrastructure & Recovery