Education is the second most-funded issue area in philanthropy. But how much of that is allocated to racial equity and racial justice work?

The Schott Foundation for Public Education has worked with Candid for the past two years to critically examine the ultimate measure of K-12 education philanthropy’s priorities: where the grant dollars go. With our #JusticeIsTheFoundation project we can assess the collective philanthropic impact of giving in the education sector through a lens of racial equity and racial justice, telling the story of what we prioritize and revealing blind spots in our collective response.

The full report is due to be released soon, but as a Philos reader, you’re getting early access to our topline data findings based on reported grantmaking from 2018-2020. (Note that 2020 grantmaking data is not yet 100% complete in Candid’s database, due in part to the disruption of the pandemic, but enough has been submitted to justify inclusion.)

How do we define “racial equity” and “racial justice?”

We took care to parse out grants that may look similar on the face, but actually have significant differences.

Racial equity refers to grants designed to close the achievement gap that persists between racial groups. Grants for racial equity include support for programs such as racial bias trainings for teachers or mentorship programs for Black and brown students.

Top 5 takeaways from the latest data: 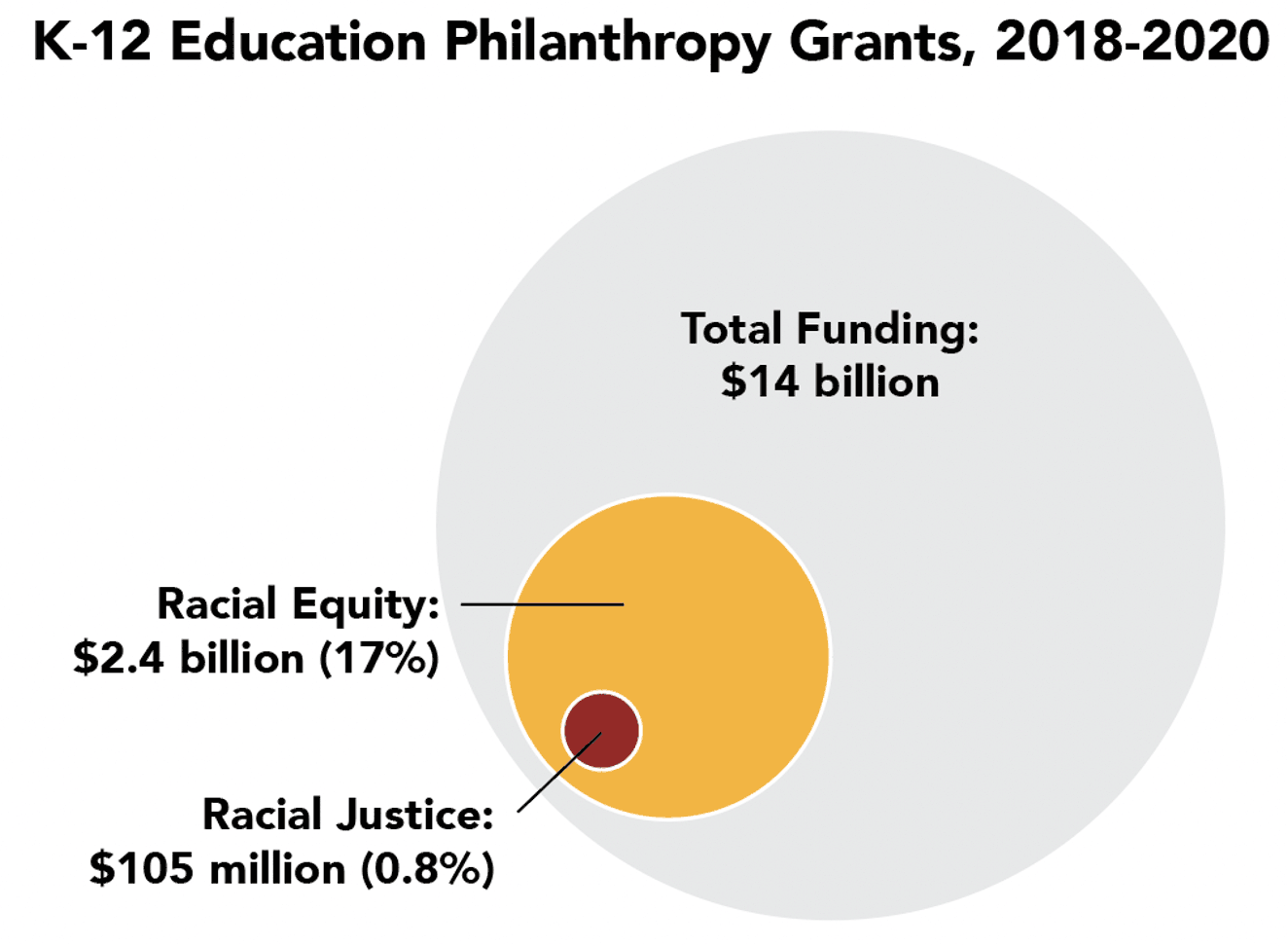 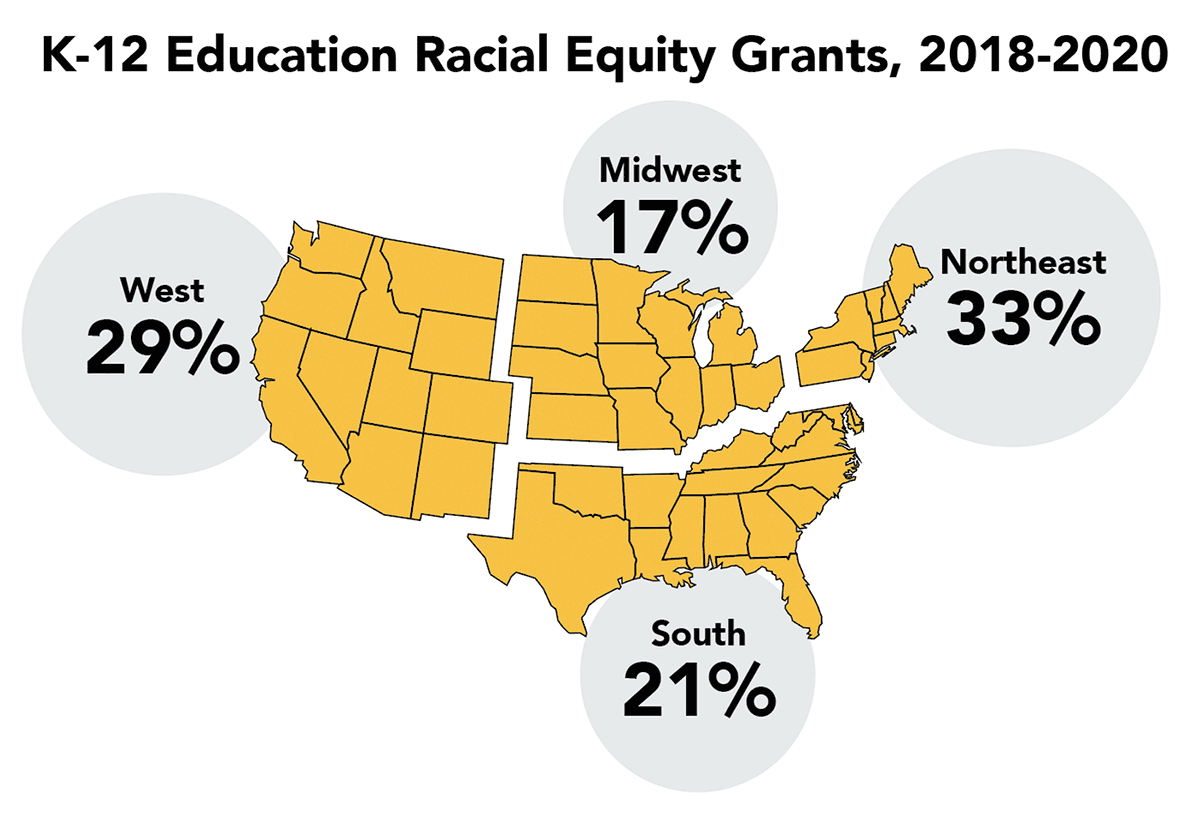 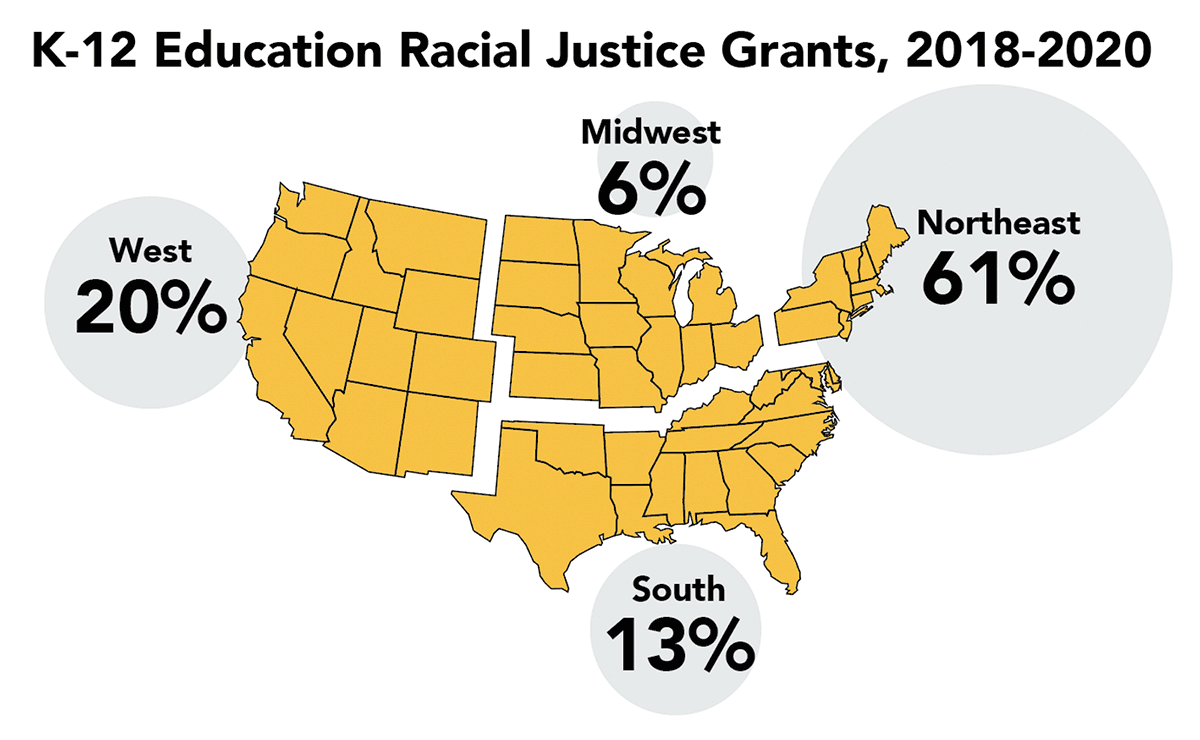 Candid’s Foundation 1000 (F1000) data is limited to grants of $10,000 or more awarded by a set of 1,000 of the largest U.S. private and community foundations each year. Because it is somewhat limited as a dataset, the absolute dollar amounts don’t matter as much as the change over time. It’s a sample that lets us detect trends in the sector.

The data is clear: all of us in education philanthropy must step up to make the bold investments that the movements and this moment demand of us. This will take visionary thinking, difficult conversations, and new commitments to transparency and participatory grantmaking — but you’re not alone. Also in this issue, read and listen to an interview with Dr. Alandra Washington, who has spent her career advancing racial equity in philanthropy, and explore the growing interest in funders endowing their grantee partners as a way to dramatically shift wealth and power.