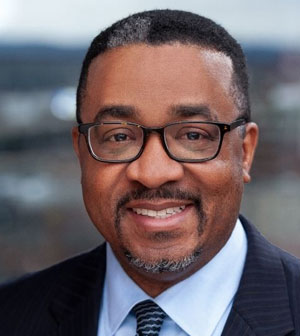 Michael S. Wotorson joined the Schott Foundation in October 2021 as the Director of the National Opportunity to Learn Network. In this role he works closely with grantees and allies to cultivate and support effective grassroots organizing and campaigns that build a more racially just and equitable public education system for all children.

Michael brings a wealth of philanthropic expertise from his time as a Senior Community Impact Officer with the Hartford Foundation for Public Giving. There he managed grant making and outreach activities in key areas including student educational progress, gun violence reduction and community safety.

Michael has centered his commitments to racial justice and civil rights throughout his professional life. In addition to providing grant-making support to the Hartford Foundation’s Black Giving Circle, Latino Endowment Fund, and Catalyst Endowment Fund, he has worked for national and regional organizations including the NAACP, the Anti-Defamation League, and the Mid-Atlantic Equity Consortium.

Public education has been a touchstone of Michael’s career. In addition to a brief stint teaching in Columbia, Missouri public schools, he was a higher education professional at the Central Missouri State University, later working at the American Association of State Colleges & Universities, the National Association of State Universities & Land-Grant Colleges, and the Campaign for High School Equity, a special project of Rockefeller Philanthropy Advisors.

Michael is the past Chairman and Chief Executive Officer of the National Investment Commission (NIC) of the Republic of Liberia.

Michael earned his bachelor’s and master’s degrees in comparative political systems from the University of Missouri-Columbia and he completed doctoral coursework in Education Administration at American University in Washington, DC.

Michael lives with his wife and four children in Farmington, Connecticut.