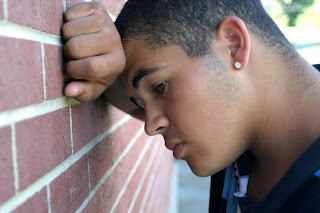 
It’s a simple fact that schools must be safe environments for teachers to teach and children to learn. But zero tolerance policies that force out students for minor infractions defy common sense. Our kids need to be in school, not at home or on the streets during school hours getting into more trouble.
Relying on zero tolerance policies – which are disproportionately meted out against minority and poor children – robs teachers, administrators and parents of the chance to help children learn from their mistakes and keep them engaged in the classroom, instead of idling at home or in the streets.
In New York City alone, students spent more than 16 million hours serving suspensions  between 1999 and 2008, according to the report, “Education Interrupted: The Growing Use of Suspensions in New York City’s Public Schools,” published earlier this year.
And yet, after years of high-profile examples of zero-tolerance policies gone awry, many school systems continue to enforce such counterproductive measures in vain attempts to show the world they are doing something – even if it’s often the wrong thing – to deal with discipline on school grounds.
In a recent news article, The Baltimore Sun’s Liz Bowie reported about two situations involving students who were suspended after mistakenly – by all accounts, not maliciously – possessing items that school officials considered to be weapons.
In one case, two high school lacrosse players were suspended for several days because they were carrying a pen knife and lighter, which they said they used to fix their lacrosse sticks. In another recent case, a 16-year-old girl who was suspended is being referred to juvenile authorities and could be charged with possession of a weapon on school property after a former friend told school officials that the girl was carrying pepper spray – which her mother had given her to protect herself while walking to school in the dark morning hours after the teen had been threatened. In the pepper spray case, the girl was told by school officials not to contact her teachers and wasn’t able to keep up with classwork.
These zero tolerance responses leave no room for school administrators and teachers to use their own common sense to handle such situations, and take a toll on already beleaguered judicial systems.
In an article that Steven C. Teske – a juvenile court judge in Georgia who is using research data to try to change the way school systems handle disciple issues – recently wrote for the Atlantic Philanthropies website, he cites U.S. Department of Education research that indicates that nationally more than 3 million students each year are suspended and nearly 100,000 more are expelled, from kindergarten through twelfth grade. Thousands are arrested and referred to juvenile court for disciplinary problems that were previously handled in school. Most are boys.  Most are African-Americans.
As Teske, who was quoted in the Baltimore Sun’s article last week, said, zero tolerance “goes against the objective of schools, and that is to graduate students.”

Then don't miss a thing. Join the thousands of students, parents, educators, and activists who already receive our latest updates and resources!